I was taken aback to say the least, that the history of the great Twentieth Century Hope for psychedelic salvation was so obscure, even among direct intellectual followers of the psychiatrists, spooks, and thought leaders who had once been so certain LSD could save the world, or at least provide a breakthrough for controlling it.

Even at this conference where CIA, psychiatry and Ketamine were all so up-front and so together, no one remembered Delysid; no one remembered Sid Gottlieb, Joly West and Frank Olson; or Adelle Davis (AKA Jane Dunlap) and Oscar Janiger. No one had any notion that Ken Kesey and Timothy Leary were johnies-come-lately, and that LSD was never the lucky catalyst of hippie street rebellion, but a phenomenon that purposefully trickled down from the most elite levels of society to arrive in the 1960’s and create its utterly unpredicted, utterly extraordinary impact on youth culture. Ozzie and Harriet lived in a secret psychedelic USA while  a rough beast, its hour come round at last, slouched from the black gate and the mushroom cloud of 1945, toward Haight-Ashbury to be born. 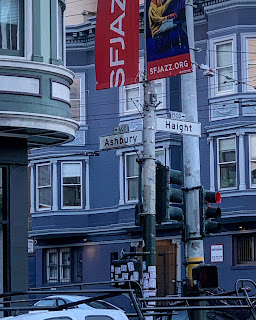 There was even a presentation during one of the poster sessions at APA Annual Conference 2019, by an organization which directly and overtly recommends various psychedelic drugs for “healing and well-being” and for “scientific research into spirituality, creativity, and neuroscience.” The Multidisciplinary Association for Psychedelic Studies (MAPS) is a 501(c)(3) non-profit based in Santa Cruz, CA.

I initially approached the pleasant, casual woman with MAPS as she was packing up her poster presentation. I asked whether during her time in San Francisco for the APA Conference she had made any pilgrimage over to Haight-Ashbury. She responded with an easy laugh, apparently understanding my reference to the 1960’s neighborhood synonymous with flowers in your hair and tripping. But I couldn’t interest her in any discussion of the history of this idea (or this fantasy) that people’s thinking, and the human personality itself, could and should be improved with psychedelic drugs.

Later on I ran into the MAPS lady and a companion in the cafeteria of the exhibition hall. They pretended (I really have to presume it was a pretense) to never have heard of the Albert Hofmann Foundation, with which their organization has a very clear connection. Perhaps a legacy of Oscar Janiger, Human Be-Ins, and Ronald Stark’s Brotherhood of Eternal Love just doesn’t comport well with a PR line about research and education on “medical, legal, and cultural contexts for people to benefit from the careful uses of psychedelics and marijuana.” Or maybe some modern-day Richard Helms is ordering covert cover, somewhere behind the scenes.

That evening I had dinner at Magnolia Brewing, a very hip pub at 1398 Haight Street. After my fish and chips I walked north one block and took a left, past the Grateful Dead house at 710 Ashbury. 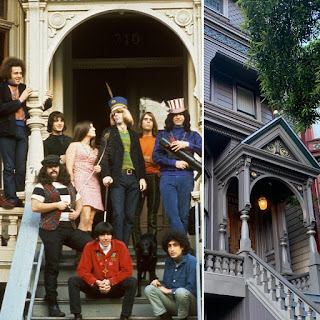 I couldn’t help singing to myself ...Start out runnin gonna take my time, a friend of the Devil is a friend of mine.

The thing is, this San Francisco annual meeting of the APA in 2019, with its sunny, triumphant Spravato exhibit, its  carefully understated CIA recruiting station, its concealed Sandoz logo, and its furtive MAPS promotion, could just as easily have been the Atlantic City annual meeting of the APA in 1955, when a round table discussion was held to debate whether LSD represented the latest best hope to solve psychiatry’s deepest mystery of schizophrenia, or a breakthrough into the Freudian unconscious. All the same elements — the psychs, the spooks, and the druggies — were present.

But #APAAM2019 doesn't remember, or pretends not to remember, #APAAM1955. (There were no hash tags back then, either.) 710 Ashbury looks very well maintained, but empty now, like memory.

If I get home before daylight, I just might get some sleep, tonight.
Posted by SRK at 11:35 AM