Give my love to Drew Beck

There are actually a lot of EMHC staff who do not abuse patients. This is a good thing.

On the other hand, there are little groups, or cliques which form, as in any human society. Customs and politics get subtle and complicated. Soon enough, almost everything turns into policy and procedure.

In the nuthouse there is supposed to be a high common purpose: to “treat” patients effectively so that they recover from their mental illnesses. The trouble is, nobody really knows what mental illnesses are to begin with. Plus, bad behavior is also commonly punished. These things get hopelessly confused, and the high common purpose is rather discredited. A renowned mental health center degenerates to a psychiatric slave plantation.

One of the more ironic things about “treatment” is how the models have bounced around among mutually exclusive concepts. Not so long ago, psychoanalysis held that sexuality was fundamental to being human, and mental heeling necessarily had to traverse sexual aberrations. But as soon as the profession started forgetting Freud in favor of "medical science" (meaning really "drugs über alles"), sexuality was excluded or even (in institutions) actively suppressed. This proved to be an extremely dicey project. At the Elgin plantation, most psychiatric slaves are allowed pornography, but nobody ever dreams that professional staff would ever have sex with a patient, perish the thought!

Since it is felony sexual abuse for staff to have sex with a patient, or to allow patients to have sex with each other, there is a whole lot of detailed policy and procedure about this, most of it misunderstood and/or neglected. Right now the Illinois psychiatric plantation system is being sued by at least half a dozen plaintiffs seeking tens of millions of dollars in damages, all because the idiot slave masters failed to confront, and remain incapable of confronting, the truly complicated nature of a human being.

My law firm will have an unlimited supply of plaintiffs and claims going forward, until the so-called "forensic mental health system" as it now exists in Illinois is completely dismantled. Sooner or later the taxpayers (not to mention the well-intended people who are working inside the system and therefore know its corruption best) will say enough.

There was once a discussion among several EMHC staff with whom I have had the pleasure to work, about the incoherence of trying to run a Moral Reconation Therapy program alongside the absolute demand for "insight" into mental illness as a brain disorder. That was minor, even subtle-bordering-on-invisible incoherence, compared to saying, "Of course we never suspected any sexual activity between staff and patients...."

It would make me laugh, but for the suicide attempts, unplanned pregnancies, bloody malpractice, etc.

What Corcoran and his ilk wanted to prevent 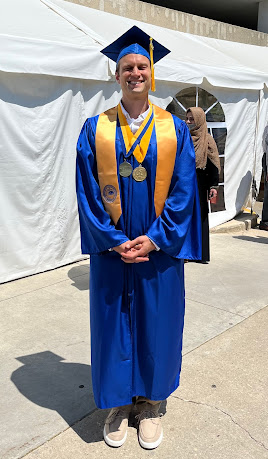