Many years ago, Rabbi Stern of Congregation B'nai Amunah in Skokie, Illinois gave a high holiday sermon, about an hour long, consisting of his personal review of the original movie, Star Wars. It was a brilliant demonstration of why this guy got the big bucks from one of the most successful American Jewish temples of the time.

Stern's last line, which really brought the house down, was of course... "May the Force be with you!"

In those days there were no SSRI's. ADHD was barely getting started. People may have believed in "chemical imbalances" in their brains, but not as blindly as they do now. It was not an issue that the authorities had to insist upon; and people believed in psychoanalysis and confession back then, too.

This weekend, with the record box office for Disney's new Star Wars movie, we are reminded that traditional American culture is still strong. It is strong around the world in the face of violent jihad, strong despite internal political squabbles between left and right, and strong against the debilitating influence of ultra-materialistic, "you-are-your-brain-and-that's-all-slave!" psychiatry.

The real conflict of our age is not what the media pretend it is. The real rebellion is against a Psych Empire, a true slave system wherein such exalted "experts" as Jeffrey (Darth?) Lieberman are the captains of medical teams, the rulers, to be obeyed or even worshiped by everyone else who is a mere "sick patient". When the patients don't bow down and proclaim sincere belief in the rightful authority and ultimate benevolence of their doctor-masters, it's because of their disease, of course! It's "anosognosia".

The Empire would allow no one to aspire to full natural recovery from mental health problems. It orders drugs for all its slaves, and requires acceptance of general, chronic disability. The Empire's white-clad storm troopers can catch and imprison anyone who refuses to be "treated". Taxes are extracted from the people of the planet to pay for the inflated salaries, the extravagant ritual sacrifices ("research"), and the construction of fortresses ("hospitals") demanded by state psych bureaucrats.

But the Empire has secret weaknesses, and there are rebels who refuse psychiatry. Perhaps the death star those rebels will destroy despite long odds is the DSM; perhaps it is the Murphy bill; perhaps it is the corrupt forensic mental health system of a certain state. But there will be victory, and celebration, and triumphant music. Just like in the movie.

We can count on it. Truth, however fought, will ultimately prevail.

May the Force be with you!
Posted by SRK at 5:38 PM No comments:

Congratulations to (the legendary) Rodney Yoder! 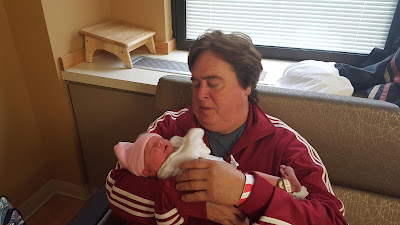 For more years than Rodney Yoder cares to think about now, corrupt state actors spent hundreds of thousands of taxpayer dollars to keep him locked up in Illinois' only maximum-security psychiatric "hospital".

During the jury trial for which I was his legal counsel, celebrity hired-gun psychs swore under oath that Yoder was the most dangerous psychotic they had ever encountered.

He finally got out of the Chester Mental Health Center hell hole. Despite the long and bitter injustice he was forced to endure, he has been a productive, law-abiding member of the community for a decade now.

Yoder never took the drugs. He never bought into the fraud. He resisted, and won. He made a good number of people whom he always called "psycho-quacks" (e.g., Daniel J. Cuneo and Syed Hussain, both of whom continue to rip off the people of Illinois to this day!) look like the fools and the gangsters they truly are.

Your new granddaughter will tell her children and their children your heroic story.... Perhaps in a world where psychiatrists can no longer imprison and torture innocent people.
Posted by SRK at 9:29 PM 4 comments:

David Brooks recently wrote a column entitled "How Radicals Are Made" in the New York Times. Several points he made about mass movements stuck with me.

Involuntary psychiatric patients (psychiatric slaves), and the clinical staff who pretend to treat them (psychiatric plantation overseers), are alike, trained to be followers or true believers in a "mental health" mass movement. The reason an NGRI acquittee cannot easily refuse medication is not because she needs the drugs to be symptom-free or non-violent; it's because self sacrifice and self renunciation are required by this movement, driven by wild hope about brain disease that will soon be cured with treatment advances which never arrive but always remain just around the multi-billion-dollar research corner.

Brooks quotes Eric Hoffer's 1951 classic, The True Believer: "(M)ass movements denigrate the individual self. Everything that is unique about an individual is either criticized, forbidden or diminished." I suspect that every client I've ever had at Elgin Mental Health Center would certify that, as exactly what their so-called "treatment" is most about!

More Hoffer quotes from Brooks' article: "The individual's identity is defined by the collective group identity..." and "make-believe plays perhaps a more enduring role than any other factor."

NAMI, Fuller Torrey's Treatment (Torture) Advocacy Center, Jeffrey Lieberman's APA, Elgin Mental Health Center Security Therapy Aides and other clinicians, along with all of their "patients", are constantly encouraging themselves and each other to be "mental health" people above and beyond all else. And the make-believe, the fantasy, is that it's all about medicine, brains and brain science.

Ironically, David Brooks offers a very rational framework to remedy terrorism, even as the single most destructive mass movement in modern history ("mental health" defined and controlled by psychiatry) is creating terrorists with unprecedented efficiency while apparently remaining invisible, not only to Brooks, but to the whole intellectual leadership of Western civilization.

They simply have never identified the right target.