The exhibition hall is always a place of many wonders at an APA conference. Almost every Pharma company I ever heard of has a big, fancy exhibit pushing the latest and greatest drugs to “cure” every problem in thinking, feeling and behaving. It looks a lot like Disneyland. 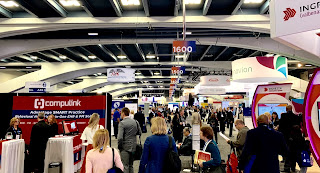 Many smaller companies peddle their wares. Certain of these I look for every year. The two U.S. firms that manufacture electroshock machines, Somatics, Inc. and Mecta Corp. are always there. I think it’s always the same two or three old guys manning these booths, every year. 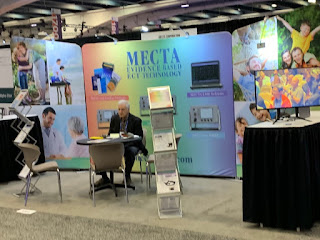 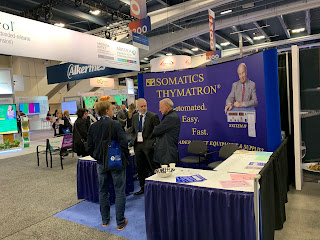 But I should cut to the chase of my favorite issue at this 175th APA celebration. I’ve published a lot of information on this blog, in response to the recent, obvious (some might say gushing) enthusiasm over  the potential to treat depression and other mental disorders with psychedelic drugs, especially Ketamine. My point has been that there’s a fascinating history of this idea, going back to the dawn of LSD use in America by intelligence agencies and psychiatrists, in the 1950’s. It’s not a new idea. It was researched and tested for at least a decade, with many millions of U.S. taxpayer dollars, before anybody ever heard of Ken Kesey, Augustus Owsley Stanley, or Timothy Leary. (The CIA’s MKUltra project rings a bell with many people.) 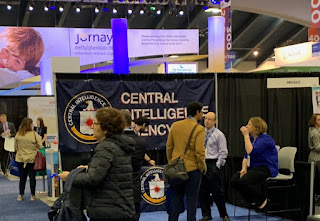 The agency has its booth every year at APA, just like MECTA and Somatics. But tragically, they seem to have forgotten their history. Nobody there even knew what Delysid was.

That was the trademark of Sandoz Corporation for LSD. The CIA had a contract with Sandoz to supply their monopoly on the world’s acid supply until the early 1960’s. I thought, well, maybe the people at the Sandoz exhibit would remember. 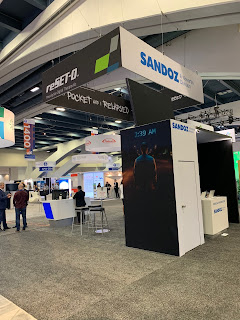 Actually calling it the Sandoz exhibit is inaccurate, though. That Sandoz name was on the back of the display, where almost no one would see it. Anyway, I asked the very attractive woman who wanted to sell me a smart phone app called reSET-O whether she new anything about the history of the predecessor company from Basel, Switzerland and its breakthrough psychedelic product. Nope.

OK, OK. Well, surely the people over at the spectacular Spravato display would have some sense that the precedent for curing depression by a Ketamine psychedelic trip was Ablert Hoffman’s 1943 bike ride, and all that came afterward through Dulles, Helms and their followers in the Summer of Love? I walked over and asked a nice young woman if I was in the right place to score some “special K”. But again, no joy. She laughed, but she didn’t know the history. 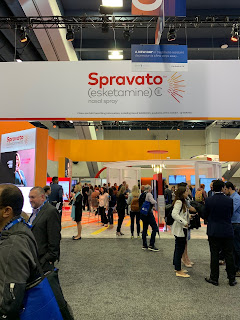